I’m sure some of you are wondering about the banner.    That ball of flame isn’t a conjured ball bent on the world’s destruction.   It is Pange’s source of life.   Well, one of thirteen.  The Sons of the Land.

“The goddess has thirteen sons.”

“The Sons of the Land are born daily.”

Any Pange-born child knows this verse well.   As the start of every day begins with a sunrise in our world, the same happens in Pange in a literal sense.   The Sons are launched from the surface of the land and make a trek across the sky.   They provide warmth and light, without them Pange would be cast into Darkness.  Though to someone from our world, the prospect of a mile wide ball of fire isn’t exactly settling.   To Derrek it appears to be a looming threat.   He’s right.

The entirety of the first book takes place in Geldbane, the largest country on the main continent of Pange.   I’ve actually done a great deal of world building in regards to the landscape of the continent and trying to figure out how a world without Seasons would work.   The Sons of the Land making daily treks across the sky would likely standardize the weather.

When it comes to Geldbane, I think of Germany in spring.   I’ve been to Germany twice and both times I found it to be an absolutely beautiful country.   The social problems it has in its cities are reflected in Geldbane’s larger cities as well.  I think of large rolling plains punctuated with forests.   It is effectively Germany if it had the raw size of America.

In the events of the first book Derrek and Company are working towards going to the City of Water.   It is a natural wonder as described by the main character here:

The silhouette of blue haze was ahead, framed by the colors of a rainbow cast with a fresh rain.   Derrek had to squint but he realized that it was actually falling water.   He looked up at the sun, still relatively high in the sky. He compared it to the water and realized that it was actually pouring from the sea of blue above.  There was no cloud or mountain, or rock formation.   The sky was literally just pouring water onto the land.   With each step he could see clearer that the falling water was framing a city, large by some standards, but small compared to the city he called home.

The natural beauty of a waterfall was something he had seen only a few times in his life, but this was accompanied with the impossibility of water coming from nowhere.  He had to throw it on the pile of cards that he had gathered.   Impossible things he had seen in the past few days.  The thought made his head ache.

The water falling around the city is actually salt water, as it’s coming from the ocean. It makes the Aqueduct like structures about it more for aesthetic as people of Geldbane can provide themselves with all the water they could ever need. The City is hardly a city at all really… there are public structures and out door stages but no real public residences. There are inns that exist to be places for travellers or nobility of course and the castle where the Libraries, keepers of knowledge, reside. 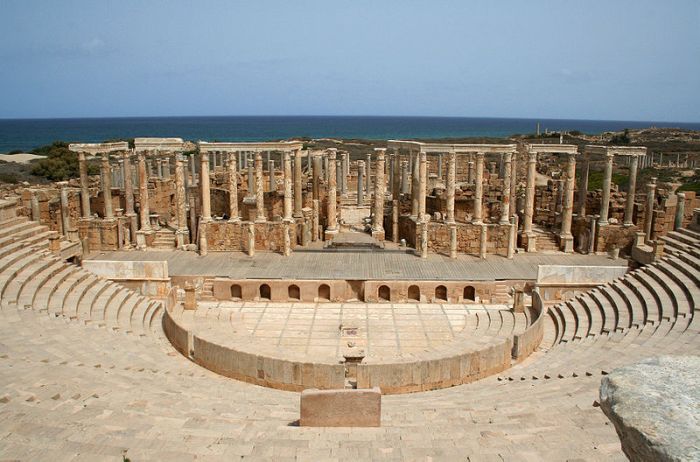 Theaters like this lined with a natural bouquet of fruit with the constant crash of Sea water around you. Sounds like a party.

Another Excerpt regarding the city itself:

Past the gates, the city of spilled dreams was a catacomb of aqueducts that doubled as roads and flora.   People poured down the streets in what it seemed equal quantity to the crystal blue waters that flowed beneath them.   The glistening water applied a shimmer to the city that Derrek had never so much as seen in his dreams.

Once Derrek walked on them he was able to confirm the road’s material.  They were made of a pale stone, similar to marble but not quite.   He stooped over and rubbed his hand over it and found it was much too rough to be the precious stone, but it served as a fine facsimile.   It served as a sort of pressed clay that was easy on the feet and twice as sturdy as any clay he had walked on.   Anyway he looked at it, it was a welcome change to the rough hewn dirt roads he had walked upon to arrive here.

Lining the walkways were molded planters that were filled with flowers, and not just flowers but ripe fruits that looked fresher than any market he had seen produce.   He even thought back to visits to the rural areas and the pride filled faces of farmers toting their crops to locals.

Naida, Derrek’s first party member, comes from the city of Torgmoor it is the accepted state of most cities in Geldbane, populated and dense but too large for its shell.   I imagine it is to the scale in size of an African slum, similar to this picture in Nairobi. 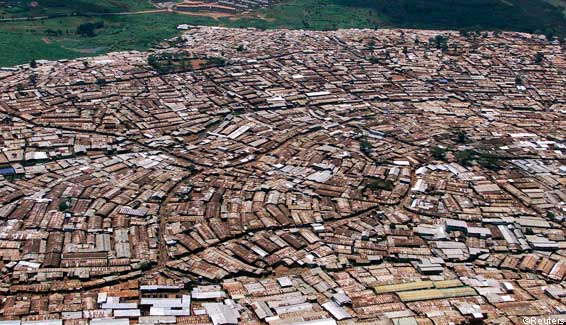 Torgmoor, as far as scale.

The capital of Geldbane, Geldmoore is a ways off from being addressed in the story but when I think of it I think of the old walled cities of Europe. 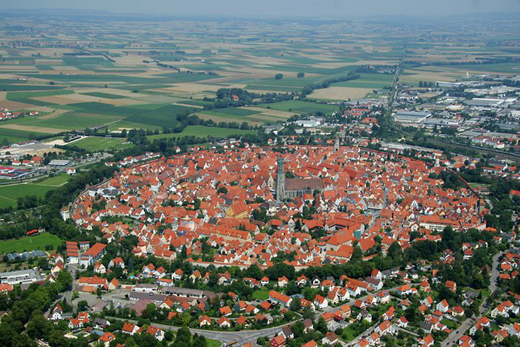 They wouldn’t have uniform building materials… but it gives the idea.

In the western portion of the country is the “Sea of people” it it roughly the size of four major cities that merged inadvertantly.   It houses approximately half the country’s population.   While order is maintained, supplies are rapantly short.   The vast majority of the ‘city’ lives off an easy to make gruel that has a high class equivalent in the east.  Mexico City is a great example of the scale of the the Sea. 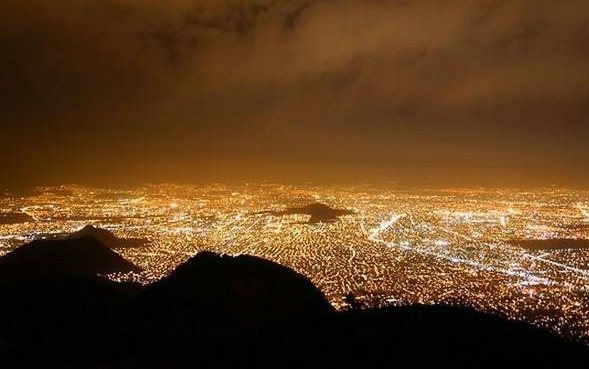 They don’t call it the “Sea of people” for nothing.

Here are some details on the other nations on the main continent of Pange:

To the South is Dendarg, a nation that hones the fiercest of warriors and immpecable honor.  The nation is covered almost entirely by Desert and frequently has supply issues with no reliable internal methods to procure water.  Wind and Fire are their elements.

To the Southeast is the country of Aquan, a lush marshy country known for it’s abundance of water and natural beauty.   It is also well known for it’s lack of controlled law.  Water and Wind are their elements.

To the West and Southwest is Erdak,  One the largest most feared Nation in Pange’s main continent until the events that destroyed Old Erdak unfolded.  Currently the northern part of the country is annexed by Geldbane.  It is known as Old Erdak.  This part of Erdak was once twice as beautiful and lush as Geldbane, now corrupted by poisous fumes that have turned plants crystalline and brittle.  Earth and Wind are their elements.

To the North the air is crisp from the mountain air pouring in from the country of Norril; a barren tundra that barely recieves any of the Son’s warmth and breeds a brand of hearty giants.   Water and Earth are their elements.

To the Far south, are the Nations of Yulos and Margus.  The two contries are recluse and most of their lands are mountainous and treacherous.   As a result almost all of the population lives underground.  Their elements are Fire and Earth.

So, all in all this is some of the ground work I’ve established for the novel.   I hope you find it interesting.

One thought on “Musing: Pange, its Landscape and the Cities of Geldbane”