Part 3 of the Rat.  This tells the story of Clayton Cobb.   Part 1 and Part 2 here for you convenience. 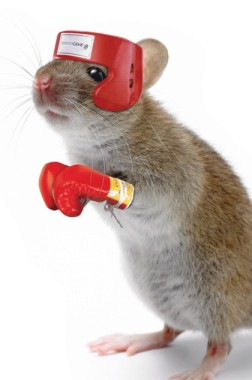 Clayton’s first week working for Ronnie had been slow.   Slow enough to let him focus on his boxing, and to let him get some comfort in his gut.   The flat had been more than any man could ask for.   Especially with stuffed shirts jumping from windows a few blocks away.

He didn’t dread the work he knew he’d have to do, Clayton had punched too many fellas to worry about petty things like assault.   Ronnie was the type to cover for him if he moved careful and smart.   And for guys like Ronnie, that just meant following the rules and not asking questions.

Cabin fever got the best of him, so he met that Shirley a few times since then.   He didn’t show for their date, but he happened past a day later.   She wasn’t waiting for him.   Instead she was walking out of the shop in question.

Turns out, she stood him up too.   They shared a laugh about that.   Next day they went on a read date.   Clayton paid for it, dinner at a diner.

He kept it classy, last thing he wanted to do was get attached.  Nothin’ ever good came from love.   Nothin’.  But sure enough he ended up in a speak-easy sipping at bootleg hooch.

Shirley hit all sixes.  She wasn’t a slave to the craze hitting the nation.   She had too much curve to pull off those flapper skirts anyway, but fine by Clayton.   Guess he was just old fashioned by heart.  He even lit up a ciggy for the first time in a while.

His third night out with Shirley, one of Ronnie’s palookas tapped him on the shoulder.

“Yeah?   What is it?” Clayton peeled himself from Shirley.   Stopped her mid sentence.

“Yep.   Fights three days from now.   But uh–” The palooka slipped him a sheet of paper.

Clayton took it, glanced down and paled.  Written in black ink said: Four rounds.   Kill him.

The brute took the scrap of paper from him and headed out the door.  Clayton was too stunned to say anything.   Just watched the guy walk from the speakeasy, thinning the smoke sticking to the ceiling.

Kill him?  Clayton turned back to Shirley, who gave him a stellar smile.  He rubbed a hand over his mouth, pressing hard.

“Whats’s wrong fella?  You look like you saw a ghost.”

“Something like that.” Clayton said, swallowing another mouthful of his hooch.  “Say uh, Shirley.   The drinks aren’t really doing anything for me.   I gotta scram.”

“Yeah.” Clayton said, without thinking.  It’s a bad idea, but hell if I’m gonna kill a guy without living a little.

The next morning, Clayton woke easy.  He sat up in bed, clenching his fists.  Shirley  snoozed away in his bed, looking fine in her birthday suit, but he wasn’t in the mood for a second round with her.  His thoughts hung around a fourth round.

Later that day a speed-bag, heavy bag, and fist pads show up at my door.   Top of the line stuff he’d never hope to own.  Shirley woke in time to see him setting them up.

“You box?” Shirley asked, looking just as fine in one of his shirts.

“Need some help?   My brother boxes.  So I know how to hold the gloves.” She made her way to the kitchen, opened his fridge, and frowned.  “You got nothing good in here.”

“Yeah well.   I order out a lot.” Clayton said, sizing up the heavy bag.  “Phone the place cross the way.   Just say two Clayton specials.   I know the operator.”

“Alright.” Shirley tested the line and made the call.   Clayton drove his fists into the bag hard, working up an appetite.  Gotta bust a kidney, make it look natural.

When the kid came with the food, he blushed like a beet when Shirly answered the door.   She didn’t bother getting dressed.  The kid handed her four bags and she raised a brow back at me.

“You expectin’ guest’s Clay?   This is a lot of food,” Shirley said.

“Nope.   This is my boxing diet.” Clayton let his arms sag, bobbing before the heavy bag.    “Gotta keep my strength up.   Lemme know if your share ain’t enough.  Then I’lll have him bring another one up.”

“That’s a lotta grub for a horse.”

Shirley only took an egg, some potatoes and three strips of bacon.  Clayton put away the rest like a snack.  She held his feet for sit ups, chatting the whole time.   Something about her brother again.   He tuned that out.   He still needed a way to kill a guy in four rounds.

“So who you fighting?” Shirley’s words came through finally.

“That’s no attitude Clay. After this fight you could be the next big thing.   That’s a loser’s mindset.” Shirley gave his foot a swat.

“Hey.   Shirley.” Clay stopped his situps, draping his arms on his knees.  “Why are you here?”

“What kind of question is that?” Shirley’s smile fell off her face.  “You’re a regular Sheik,  Neckin’ turned to more and I’m here for change.   Don’t tell me the Bank’s closed.”

“You work for Ronnie right?  No big thing.”

“How did you know that?” Clayton narrowed his eyes.

“Oh right.   Ronnie’s big in this town.” Clay sighed.  “That’s good.   Cause things might get complicated.   Don’t mind you being here though.”

“Toscani is after me.” Shirley leaned forward, smirking.  “Who safer to sit with then Ronnie’s new goon.”

“Just the training?” Shirley slipped his shirt from her shoulder.

“Oh that works too.” Clayton stood, suddenly ready for a second round.