A few disclaimers here.   The views of Roman are not particularly my own.   Nor do I claim that all men think the way ‘Roman’ does.  However, I picked him as the Main Character because he holds some of the elements that I perceive makes up a typical romance Heroine.

Some language and sexual themes but like most of my stuff it’s all PG-13.  So without further ado, here is my sampling of contemporary romance: Roman. 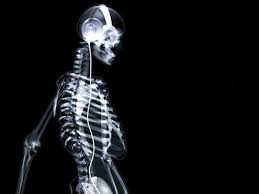 Beats in my head.

Busy day in the city, the festivals always are.  I muscle through the crowds, shoulder to shoulder in a sea of strangers, just to get to the curb.  The red hand of the crosswalk starts to blink, made it just in time.  A red sports car cuts the corner and clips the back of my leg, just to catch the light.  No damage done but he’s still an asshole.

He lays on the horn and his passenger flips a bird at me, acting like I was in the wrong.  I don’t return it.  Instead I hurry across the street, glance back at the muddy scuff on my pant leg, and let myself dive back into the music pouring into my ears.

Progressive Metal, the real stuff.  Not the hollow crap they play on the radio.  I’m talking about the mixture of an orchestra, guitars, and just the right balance of singing and screaming.  This is the type of stuff you need to go to Europe to find the quality stuff.

I pause at the corner, drinking in the bitchin’ rift in the middle of track three.  It’s the best part of the album.  I rock out in my way, bobbing my head and tapping into my supposed gift of inherent rhythm.  Yeah, that’s right.  I’m a black dude that likes euro-metal, deal with it.

A little girl ruins the moment, staring up wide eyed and squeezing her mother’s hand.  She mouths ‘You’re tall.’  I don’t read lips.  But I hear it a lot.  Part of me wants to gasp, and feign surprise at the amazing revelation, but I just look away with a disinterested look.  I have the desire to be snarky, but I lack the wit to do it on the fly.

She’s shooed away by her mother and I’m left to wallow in the last minutes of the track.  Normally, without distraction I’d glaze over the sub-par closing notes, but it hits me like a bag of bricks.  Click.  Off goes the player and I lower my headphones to my neck.

I wander from the corner and into my usual haunt, a second hand music shop I frequent.  The door chime jangles and I wave a casual hand to Chuck.  Except it isn’t Chuck.  Instead I spy a brunette shuffling LPs behind the counter.  Damn that counter.  Usually the store’s centerpiece just covers Chuck’s pot belly, better than his shirt I might add, but now one this once ally turns into a nemesis.

I shift to tiptoes stealing a peek at a flash of pale skin on her lower back under a black t-shirt.  Too much in the way to get a nice view, but I take what I can get.  I shake off my daze and step inside, reluctantly breaking my view with racks of CDs.  I can’t stand there and gawk.  Better play it cool.

I pluck a CD I’ve been considering buying for weeks.  All the tracks on it are shit save one, but it might be the icebreaker I need.  I inhale, hold my breath, count to three, then push around the back.

I approach with her focus on filing away new releases, but now I get a better view.  She’s cute.  She’s slim built, only a bit shorter than me.  I take a sly peek at her, noting she’s pretty nice in the front.  Oranges.

A shove at my lower back slams my gut against the counter.  I grunt, losing my held breath.

“Hey, loser.  Stop checking out the new girl,” Chuck says.  He steps beside her holding a box of product, dropping it noisily on the counter.

That gets her attention.  She turns, startled and and a sly smirk follows.  It makes my heart melt.

“Oh hey, Boss,” she says.  She pulls a bud from her ear and pulls strands of hair behind it.  She has them pierced in five places.  Nice.

“How many times I gotta tell you, only one bud.” Chuck said, jabbing a thumb back at me.  “This hooligan coulda ran off with something.”

I smirk.  Fuck you too Chuck.  Chuck is being a dick, sure, but he’s a friend.  Hooks me up with discounts and gives me sample stuff from the local crowds.  Doesn’t improve his attitude though, or his smell.  He’s a typical biker type.  Tough looking, big-ass arms that could twist my head clean off and a potbelly to match.  Dude has a ZZ-top beard that looks like he could mop the floor with it, and the top of his head looks like it was polished with one.  That’s why he wears a bandana.

“Crap,” the girl said.  “Did I miss the door chime again?  You should change it to a power chord or something.”

Yeah.  That’d be pimp.  I grin.  Anything would be better than the lame jingle bell he’s got on it now.  Shit.  I should have said that aloud.

“Did you need to buy that?” she says to me, locking her grey on me.  My gaze drifts to settle on her pierced left eyebrow.  Better than than browse fruit like some sort of creep.

“Haberdash?  Rock,” she says snaking the CD from me.  She flips it over.  “Funny you’d pick this one.  You listen to them often?  I didn’t know they had a new one out.”

“It’s not new,” I say.  “No one knows about it cause—” I hesitate.  Cause it’s crap?  She likes Haberdash.  This crap only has one good track.  Passable at best.  “It’s a— different approach for them.  You might not like it.”

“Roman,” Chuck says. “Don’t even think about flirting with my employees.  I don’t need your ass in here anymore than it already is.”

“Jamie,” she says.  She smiles and time fucking stops.  No lie.  I thank the world that the counter stood it the way of how much I approved of it though.  Back to allies again I guess.

“H—hey.  Nice to meet you.  I’m Roman,” I say.  Another golden moment of smoothness.

“Yeah, she ain’t deaf.  I just said that, seriously.” Chuck says, smirking.  “You don’t even like Haberdash.  You buying that piece of crap CD for what?  To impress her?  You’re full of shit.”

Jamie raised a brow.  The pierced one.  “Well yeah.  He said they took a different approach in this one.  Maybe he just likes their other style.”

Not cool man.  I narrow my eyes at Chuck.  The fat bastard is just bitter cause he hasn’t gotten any for who knows how long.  But— it’s been a while for me too.  Not like I put much priority on it, but it’s still sad to admit.

“You’re looking though, right?” Jamie says, fixing a lock of of her scruffy bob behind her ear.  I might be crazy thinking it, but Jamie perks at Chuck’s less than flattering intro.  Her hair is milk chocolate.  Just looking at it puts my mind blank.  Makes me remember why I love white chicks too.  Her lips press together in thought, or perhaps she’s waiting for a response.

“You know a bunch about music right?” Jamie says.  “Work here.  The other guy quit.”

Chuck lets out a derisive snort.  “Hey lady.  You’re not my HR department.”

“Oh come on.” Jamie says, rolling her eyes.  “All the smelly geeks that roll up in here, you know I’m a gold mine for you.  I got a feeling about Roman.  I bet he’d be great.”

I dunno if I’d want to work here.  And I mean.  I’d be around her but– I don’t even know her.  But my downstairs neighbor takes over the controls for my mouth and  answers for me, though.  “Yeah, Chuck.  Hire me.”

Chuck raises a brow.  “For real?  All shits aside I’d love to, but he’s a lazy bastard.  Ain’t a color thing or nothin’.”

Seriously.  Fuck you Chuck.  What is this?  Piss on Roman Day?

“You can start right now.” Jamie says, grabbing me by the arm.

“Yeah we’re sorting out the new stock,” Chuck says.  He scratches his belly, Homer Simpson style.  “I’ll watch the front and you and Jamie can sort it out.  I swear I’m gonna regret this.”

Jamie slips the Haberdash CD onto the back shelf and drags me in the back by the arm.  Being led, I get some quality time to admire the scenery.  She’s a knockout.  What did I ever do to deserve this?  New work and eye-candy all in one day.

Turns out, I know Chuck’s back room better than he does.  I came up with the way to sort it, bored on a day at work.  Back when I actually worked at a call center gig.  There I did everything I could to slack off.  It was shitty pay with shitty hours.

“He hasn’t cleaned in here in weeks, fair warning.”  I plucked a stray CD from a box.  Man Cannon, crappy indie group from the dockside district.

“Yeah.  I known him since he opened shop in Ninety-Eight.”

“He’s an asshole,” she says.  She reaches high for a box, pulling down a box of stuff that belongs in a furnace, not the shelves.

“Anyone I know?”  I say, setting the CD in the correct spot.

The word jabs me through the chest.  Figures.  I never had a chance.  My shoulders sag.  Needed work anyway though.

“He’s an asshole, though.  I’ll probably bail on him.”

My ears perk at that.  “Sorry to hear that.”  Bullshit.  I’m celebrating inside.

“You with anyone?” Jamie says, offering a box to me.

I freeze and my eyes drop straight to her oranges, straight creeper style.  I’m tall, but it’s not subtle.  At all.  I realize my error fast, take the box and try to play it cool.  “N—Nah.”

“Why not?” Jamie shrugged a shoulder.  “You look all right.  Is it cause you’re out of work?  bitches be shallow right?”

I open my mouth to respond, but it just hangs open.  Not the words I would have used.

“I nailed it didn’t I.  Tell you what, drinks on me tonight.  You do drink right?”

“I know right? I don’t really deal with liars very well.” She steps away, pauses then glances back at me.  “You’re not a liar are you?”

Judgment Day.  I swallow back a lump.  “Not on anything important, anyway.”

She walks past me and back into the shop.  Her words settle in my head as wander after her like a lost puppy.