It’s been a while since I’ve visited William Gotleg, I haven’t pooled the chapters together in my Public folder, but doing a site search for the Mongoose Company should pull it up if you need to catch up. 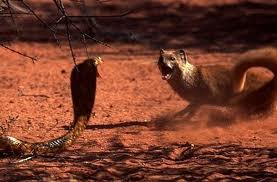 The humble camp of the Mongoose Company maintained a perpetual gloom.  Their camp had no tents, only an array of sleeping bags.   William Gotleg had the ‘honor’ of being in Mardia Bane’s isolated corner of the camp as her personal captive to the feared mercenary known as Black Hearted Mardie and her Mongoose Company.  She turned at William’s side, grumbling in her sleep.   His leader stayed at his side, convinced he was her only remaining treasure: a living Summoner.

But for how long?  William stared into the night sky, cupping a hand to the patch of ice.   Nine days.   After that, who knew how long he’d survive.  The wound hadn’t started to set of heal.   It only stopped, leaving William with a dull dead feeling on one side of his body.   Any attempts to remove it failed.

He rubbed the steel plate on the front of his shoulder, the site of the wound and where Mardie’s men had ground down the arrow and capped it.   William kept the arrowhead in hopes to study the traces of poison on it.   Had the wound not been frozen, he would have faced a painful death.

Their assailants all stood frozen in the plains, per Storm Goddess Cecila’s promise, but raiding their camp yielded no antidote.

William was going to die.   He had Nine days left.

He turned away, plumbing his memories of the books he had committed to memory.   The summoner’s pact required mortal sacrifice, but with his body in a critical state he could call them at will.   But what good is that if I only have nine days to work with.

Mardie rolled over and draped an arm over him.  It shook him from his thoughts.

William blushed furiously.  He couldn’t deny Black Hearted Mardie had been gorgeous.   Her blonde curls fell about her cheeks and her lips puckered into a kiss— inches from his face.

“My treasure~ I love you so much.” She said, giggling.   She pulled closer and kissed him hard on the lips.

William froze.   He felt the passion behind her kiss, he knew it well enough.   He had loved once and lost.   But the fear and implications of kissing her, THE Black Hearted Mardie terrified him enough to resist the simple act of succumbing to a kiss.

Now, feeling the rest of her against him, that had been a different story.

William let out a whine.   His will began to fade and his attempts to struggle turned into a deliberate reach to embrace her.

Well.   I’m going to die anyway.   It might as well be a few days earlier.

“Sir,” Garus’ voice called to them.

Mardie’s  eyes shot open and William regained his composure.    She sat up, in a daze and fondled about for her eye-patch.   She found it on the third grab.   “Wha–?  Where’s the fire?”

“There is no fire, sir.” Garus said, standing over them.

William played possum.   He had the excuse that his wound rested on his right shoulder.   Turning towards Mardie had been an act of comfort nothing more.  But he felt Garus’ eyes on him.

“Then why wake me up?” Mardie said, grumbling.  “I had the best dream ever.  I was in a lake of money.  Money you could swim in.”

“Reinforcements,” Garus said.  “Our scouts spotted people buzzing around those ‘statues’ we made yesterday.   An armed unit half the size.”

William gasped against the kick and woke a ‘second’ time.

“Well you heard the man, drum up the Storm Goddess and take them out.   I don’t feel like handling them if I’m not getting paid.”

“I don’t think that’s how it works.” William said, standing.  Though I wonder if I can summon her, I could summon others.

“Is there a limit or something?   Mardie said, stifling a yawn.

William blinked in surprise at her second.  He knows?

“We can handle it ourselves.   I’ll put together a squad and we’ll kill them in their sleep, with your permission of course.” Garus straightened.

“We could, but you think we can just freeze every group we come across?  They see us as a threat, a non-lethal threat, they’ll just throw a bigger army against us until they kill us.  If we take them out, we can blame the Black Snake Company.   You think people’d believe a whole army could just freeze?   They’d be discredited.”

“No,” Garus said.  “There’s no disguising you.  Even if we cover you in rags and dirt, they’ll recognize your methods.”

Mardie clenched her teeth.  “You didn’t just tell me ‘no’. Did you?”

William took a moment to eye Garus.   Something about him struck William as familiar.   The color of his hair, the shape of his face, and the timbre of his voice.   Not to mention the danger of discovery he felt when Garus got protective of his leader.

The two blinked at him, dumbfounded.

The very idea of it sounded ridiculous, but it came to him in a flash.   Seeing the two next to each other made it obvious.   William didn’t budge in his conviction.  “I’m right.  Aren’t I?”

“Y—You are,” Mardie said.  “But how.   No one knows.  Well no one remembers.   It’s a curse no one should be able to see through.   We got it when we pissed off a powerful wizard.  Worse everyone assumes we’re lovers now.”

“I could see that as vexing.” William said, tapping his chin.  “It’s probably because I’m dying.”

“But you just said—“

“Yeah,” Garus said.  “She just thought it was done with, but that poison isn’t gone, is it?”

William shook his head.  “It’s the reason I can summon.  I— I’ve always had ‘good’ luck.  So I thought the summoning rites came from desperation.   But it comes from the essence people give off when they—“

William reddened.   Had she meant her words?

She pouted.  “I gave up all my treasure so you could learn to summon.”

Garus shrugged a shoulder.  “Maybe you can have him do some shows in the nearest town, we could get a chunk of it back.”

“Thanks.” William pushed away her hands.  “You almost had me thinking I was actuially worth something there.”

Mardie smiled wryly.  “You are worth something: lots of money.”

“So what was that about loving me?   Cause I’m a treasure?  Do you kiss all your treasures?”

Silence hung thick in the air.  Garus fixed a hard glare on William.   Mardie’s eyes fell to the ground.  “No.  Just one.  Da’, take care of the soldiers.  I’m going for a walk.”

Mardie left their company with a heavy sigh.

Garus tightened his jaw into a grimace and gave William a hearty swat on the back.  “Set this right, or you die tonight.”

William gathered his nerves and returned a sharp glare.  “Whatever.  Your little girl wouldn’t appreciate you destroying her valuable toy.”

He had no problems with following her into the woods.   Even if she didn’t value him, she saved his life.   That would be reason enough to be the bigger person.   Her ingrate of a father however, he held no such obligations.