OK.   Confession time.   Two Destroyers did draw some inspiration from Groundhog Day.   For the unenlightened: (Shame on you by the way) Bill Murray is a jerk forced to relive the same day over and over until he learns something.   No matter how the day ends, from his painful death or simply sleeping.   He wakes up at 6:00AM on Groundhog Day. 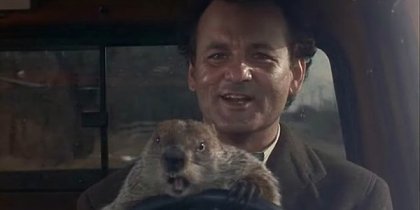 Not a care in the world.

But the similarities end there.   The major problem I have with Groundhog Day is the lack of stakes.   Bill Murray finds the Time Loop a torture because he’s  a jerk.    And in all honesty his first impression of reliving the same day over and over is pretty positive.

The time loop is actually a solid staple of science fiction and fantasy alike, but just because a time loop is in a story doesn’t mean it is about it.   In the 1993 cult classic, the aim was to have ‘Phil’ learn a life lesson and he ended up better for it.   On the flip side he got more out of it than suffering.   I wanted there a definitive cost when I starting writing TWO DESTROYERS.

While everyone thinks of how cool it would be to relive the same day over again, this movie comes up.   But how quickly people forget the suffering Phil endured as a result.   It took time, but eventually he lost focus of the ‘point’ of his life.   He realized it’s important to keep moving forward rather than stagnating on pointless indulgences day after day.

He only broke this loop once he understood this.  While it’s a comedy the substance is what made me think about the meat of TWO DESTROYERS.   I wanted a ‘Groundhog Day’ where the hero had limited tries. 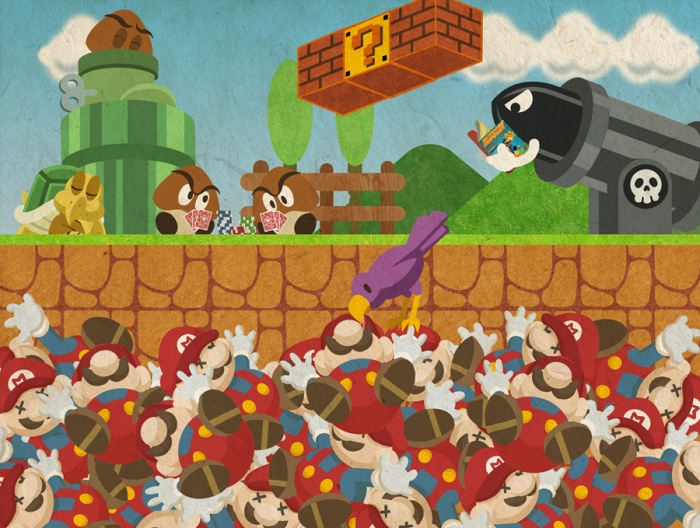 I always did wonder where they went… (Credit: http://mudron.bigcartel.com/ They have awesome posters.)

But I didn’t want a tangible number.   It couldn’t be as simple as digital number in the corner of his thoughts limiting his ‘lives’ I wanted a concept nebulous and scary: the possibility that this life may be your last one.

After all, that’s a big part of what makes us human.