“Show, don’t tell” is a misleading phrase.   It can be better reworded as “Demonstrate don’t instruct.”  I find it amusing that people mix up the meaning.   Each word on their own is pretty clear. 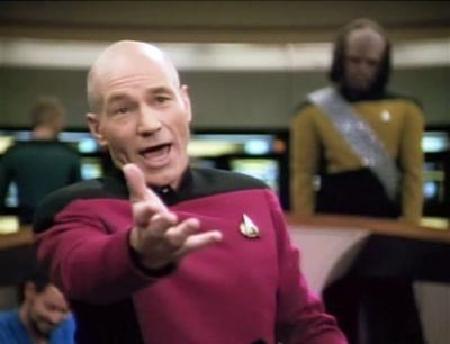 Oh come ON!   Look at the adverbs!

Show – display or allow to be perceived (a quality, emotion, or characteristic).

As a writer this is exactly what you’re trying to do.   You are showing off an art.  You are demonstrating the ability to paint a picture with words.

Tell – to relate in detail -or- to give information to.

This isn’t wrong per say, but you need to take it by a case by case basis.   If you’re writing a story, do you see your story as a block of information your reader needs to memorize?   Even books with the intent of teaching try to approach the show, don’t Tell mentality.  The driest of textbooks (and blogs, heh) use demonstration to keep material interesting.

Let’s use an example.  I apologize for the dull presentation.    If you are writing in first person, the character is the narrator.   They are effectively recounting a story to you the reader.

Show — I eat a sandwich.  The spiced salami hits the spot.

Show – I ate a sandwich.  The salami exploded with flavor.

Tell – I ate a sandwich.   It was flavorful.

The frequent mistake people make with Show and tell and going back to my initial misconception.  Killing brevity isn’t the answer.

“I begin eating a delicious sandwich with fervor.   I taste every spice with eager tastebuds dancing with meaty goodness.”

Ok.   Well, that’s a bit extreme.   But Can I add all these juicy details without making it seem terrible?  The first step is to simplify and identify the important information.

I hope you’re not reading this hungry.

Not important:  Tastebuds: yeah, they exist.   Dancing: tastebuds don’t dance.  Tasting: what else would happen if I put food in my mouth?

Taste here is a ‘filter’.  In a first person story everything that happens, happens to the main character (unless they’re watching something happen to someone else.)  As such you don’t need to remind the reader the person is there.  So you can simply describe the flavor.   The character bites into the sandwich, the reader gets details about the taste.   Immersion.

You can always squeeze details before or after the sentence in question in this case, the ‘urgency’ of eating.   If you know the Main Character is hungry, the reader will expect them to be enthusiastic about a delicious sandwich.   You’re aiming to build the tension and give the reader release.

It is important to note telling isn’t always bad.   Used in small doses it can let the reader know why they think something is good.  This input can be important alongside the demonstration.   It shows the reader may agree or disagree with the character.

I walk into my apartment, enduring the growls of my stomach.  Delicious smells lure me to the kitchen.

A sandwich lies on the counter.  I run, snatching it from its plate.  Two slices of honey wheat bread press thick cut salami and crispy lettuce together.  Lifting a slice of bread, I find a thick layer of mayonnaise and flecks of pepper.

The scent of perfectly spiced meat hits my nostrils.   My stomach clenches, punishing me for my hesitation.  I take the first bite, filling my mouth with flavor.  It’s delicious.  The pressure in my belly relaxes as I chew and swallow.  When I take my second bite, someone taps my shoulder.

My roommate glares at me.  I turn to grin at him with crumb and mayo stained cheeks.   “Dif if uh gud samwif.”

Just a few foot notes:   I dodge a filter at “On the counter…”  You could just as easily write:  “I see a sandwich on the counter.”  Acknowledging the sandwich in the narration is the same as the main character ‘seeing’ it.  Both are valid options.

Adverbs – You don’t need to avoid them like the black plague, but use them to stress key moments and flesh out sentences.  Ask yourself with every use if it adds to the sentence or if omitting them makes the sentence flow better.

“The scent of…” is a way to avoid:  “I smell the spiced…” Notice how I just describe the smell rather than executing the ‘act’ of a nose sniffing in a smell.  There’s nothing wrong with having the character inhaling to savor the smell either.   It’s more about making sure the smell hits the reader’s nose too.

The character’s stomach can be directly described without “I feel my stomach…” this makes the reader ‘feel’ the growl too.   This will amplify if the character is forced to walk by delicious smells with no release.

“It is delicious.” is telling.   But it also lets the reader know the MC loves the sandwich without bogging them down with exposition.

On a general note mixing up your sentences helps flow.  So it doesn’t sound like a list.  First person stories are harder to mix up sentence variation because you’re shackled to one character.   Don’t get too hung up on overusing ‘I’.

Obviously you will likely want to tell a story a bit more riveting than a hungry roomate stealing his friend’s lunch, but the key point is this.   You can establish a connection with a character without pouring globs of back-story on the reader.   You need to trust your reader to form a conclusion on your characters good or bad.   Some people  may read ‘Sandwich’ siding with the hungry guy, while others may have had someone steal their sandwich the same way.

Who did you side with?