It’s that time of year again

E3 is a pretty big deal, so I’m good for the occasional game geek post, right?  I was born in 1980 so I effectively grew up with modern gaming.   The third gaming generation pretty much laid the rules for rivalry and companies one upping each other.  In case you didn’t know: the game market almost completely died after Atari botched their pac-man port and millions of E.T. game carts ended up in a landfill.

The world is a different place now, everything is instant gratification, and the smartphone has a firm hold on the world’s casual gamer.   In a way, everything has gone back to the way it started, games are forced to aim at a niche audience.

E3 used to be something you could buy tickets to, a gamers mecca one could consider buying into the conference.   Now it is a source of info and getting into it requires you to be in the media or in the market.   However, its worth knowing about it even if you’re not a ‘gamer’.   Plenty of exciting things is happening there. 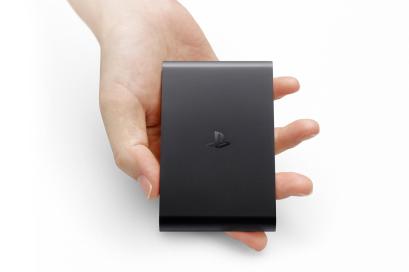 It has TV in the name, but it’s for games.

Only one of the ‘Big Three’ appealed to the freebie masses, Playstation.  Not only did they have an entire section regarding Free-to-Play games, they revealed Playstation TV.   I groaned when I heard it, but once I heard the details I thought:  this will make money.

It’s basically as ‘second cable box’ for a PS4.  Letting you have a ‘second system’ in a different room.  It’s a pretty nice feature for families.   I doubt you can use both at the same time, but it channels the idea the Wii U gamepad addressed:   You can keep gaming even if someone usurps the TV from you.

No body is surprised, but if it ain’t broke…

PS4 also looks to amend for its lack of backwards compatibility by tapping into past libraries digitally.  If they open the gates for all their games at reasonable rates, this could be huge.

Xbox came out swinging, but they ‘only’ came with great games.   This is probably because they were criticized so heavily for pitching Xbox One as a media hub more than a game system.   It actually backfired on them.   If you focus on one thing, you can only ‘win’ at one thing.   Playstation brought games to match and even snuck in some media functions without it being the focus.   It makes Microsoft look like apologists.

What Xbox did show looked impressive.   Lots of exclusives and let people know it’s worth owning an Xbox One.   Apologists or not, Microsoft learns from their mistakes.

Then we have Nintendo.   Oh, Nintendo.   Like many people I don’t consider the console wars a three way battle, only because Nintendo beats to the rhythm of their own drum.   While Sony and Microsoft battle for console supremacy, Nintendo kicks in the door and puts on a side show to draw eyes like a drunken street performer.

Thing is?   They drew some eyes.  The big N just dropped the next big holiday craze with their Amiibo, made a big promise in an open world Wii U Zelda Installment, and (my personal favorite) showed a new IP Splatoon (which is effectively a non-violent shooter).  Like last year they shirked a standard press conference in favor of Nintendo Direct.   What they did this year surprised me.   They highlighted tongue in cheek self-aware humor to their own quirkiness through the creators of robot chicken.  They also acknowledged the homicidal nature of Luigi.

As I type this, Nintendo keeps trickling out information to let people know the old dog still has teeth.   It’s like a crazy uncle that’s only spoken gibberish for two years, dons a serious look, straightens and metamorphoses into a total badass.   He’s been watching.  Listening.   Waiting.  It’s actually pretty creepy.

Anyway, I think the real winner of E3 is us.   Exciting stuff across the board is enough to make me think the consoles might have taken off the kid gloves.   Except Nintendo, I mean.   They’ll pick up the kid gloves, upgrade them, and make them shoot rockets or something.