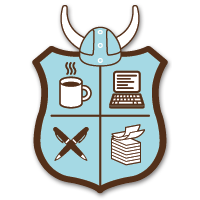 A Miracle Turnabout, or is it?  I’m still staying pretty close to the outline– that’s good right?

It was the slowest twenty minutes of Russ’ life.  The tension triggered his heightened perception several times and the sterile atmosphere of the courtroom made it hard to notice.  He fiddled with a pen to make sure time flowed normally.  The last thing he needed was an excuse to eat his weight in carbs.

Henry returned to the Prosecutor’s bench and offered Russ a candy bar.  “Your favorite.”

“Thanks man.” Russ unwrapped it, devouring it in two bites.  “You know me too well.”

“Well, they were out of those pie things.   The sugar’ll probably end up biting you in the ass.”

“It’s fine.  This’ll be over soon one way or another,” Russ said.  “There’s no way that evidence will hold and without it Miss Mech will be looking at some hefty jail time.”

The worst thing about it?  I just can’t see how it will hold.

“Don’t you think she’s a little pretty for prison?”

“You’ve been riding their asses for months.”

“Yeah, but I’m not trying to get them behind bars.   What’s the point?   They’re friggen super heroes they could probably rip the door off the cells.   We don’t have any sort of containment prepared for them.   What I’ve been trying to do with the site is stopping people from fighting ants with bazookas.”

“I get your point,” Henry glanced to the bench.  “So you’re saying we shouldn’t push for a hard conviction.”

“Right.  We just want to push the heroes into obscurity.   They can do their big time superhero stuff and we normal people can handle the petty crimes.”

The Bailiff stepped into the court and people in the gallery filed back in.  “All rise.”

Russ could taste the tension in the air, but none of that made its way to the defense bench.

I just don’t see it, how can she be so confident?

“We have reviewed the evidence presented by the defense,” the Judge said.  “In my years as a justice, I’ve never seen anything quite like this.”

Russ and Henry exchanged a confused glance.   “I’m sorry your honor, but the prosecution hasn’t been shown the information yet.”

“If it would please the court.” Mr. Brill said, standing.  “May we show decisive proof of the functionality of the evidence?”

The judge nodded.  From the look on her face, she had seen it once before.

An officer wheeled over a television, connected to a simple computer.  Brill gestured to Kari.   “If you would, Miss Mech.”

Russ frowned, he knew the angle they’d use but letting Kari use her powers in court?   Insanity.

Kari raised a hand to the television, the same way she had with the assailant the television blinked on and an image of the courtroom appeared.   It didn’t take long for people to notice, it was a real time feed of Kari’s perception of the court.

She cast her gaze slow and deliberate across the room.  Green frames highlighted individuals with simplistic data beneath it.  Russ’ frame had the title ‘stuck up jerk’ under it while others had simple titles based on what Kari knew of them.

More curious, the labels had simple assessments of each person’s mental states.  ‘Calm’ for the judge, agitated for Russ and surprised for people in the gallery.

“This,” Mr. Brill said, “is a demonstration of Mech’s capabilities of assessment.  The information we provided to the court, shows exactly the state of mind of the assailant.  Of course, we don’t expect the prosecution to take this at face value, so we provided examples of psychological case studies that support.”

“Objection,” Henry said.  “This is baseless conjecture.   Five or six examples proves nothing.”

The judge glanced back to Mr. Brill, who pushed his glasses higher up on his face.   We provided forty five examples, actually.”

Mech closed her hand into a fist and the feed cut out.   “My pleasure, your honor.”

They connected a device to the computer while Russ worked through the implications.   They were coming clean on Mech’s capabilities– at least most of them.  Kari looked through psychological case files for fun; she probably handpicked each of the examples through the Courthouse’s Wi-Fi.

He’d be obligated to highlight the privacy threats here, that’d make him popular with the tinfoil hat fan base.

The monitor clicked on and the fateful moment played out.   Kari assessed the man striking up a conversation with Russ’ body double.   She approached to investigate a fluctuation in his mood.  The video paused.

“As a side note, such fluctuations are common in arguments,” Mr. Brill said.  He pressed the button and the video resumed.   “The assailant then pulled out a gun and pointed it at Mr. Belkin.   Note the assessment on screen, extreme determination and stubbornness.”

“Objection,” Henry said.  “There is no way to tell if this assessment was made in real time.   The defense has had time to study and tamper this data.”

“Overruled,” the judge said.  “This is why the real time demonstration was performed.   Sit back down Mr. Jakes.”

Henry scowled and flounced back into his seat.

“Anyway,” Mr. Brill said.  “The reason Mech issued this hypnotic suggestion is because of her assessment.   The subject had decided to shoot regardless of what happened.  Rendering him unconscious would have done nothing and anything short of mauling him would have left Mr. Belkin in extreme peril.  Self preservation is a powerful thing, so suggesting he turn the gun on himself should have at least put a shard of hesitation into his heart.”

“But this was not the case?” The Judge said.   The screen froze just before the gun fired.   The footage spared the Jury the gory details.

“Afraid not.   He was influenced by something more powerful than Mech realized.  He did not hesitate at all.”

“Objection,” Henry said.  “The defense is fishing for a non-existent third party to shift the blame.”

“Objection sustained,” the judge said.  “I feel the same way.  However, this has little to do with the case at hand.   This evidence attempts to prove with not shadow of doubt, Mech made the best possible assessment.”

The people of the jury muttered and nodded.

Russ tensed.   This was actually happening.   Kari was going to get off scot-free.

“Your honor.” The head juror stood.  “We’ve come to a verdict.  There’s no need for use to confer.  We unanimously find Mech, not guilty.”

The judge nodded.  “As I suspected.”

“The Prosecution believes this doesn’t hold as evidence.  Not enough to clear her of responsibility.”

The Judge sighed, leaned forward on her bench and spoke candidly.  “Mr. Jakes.  This is an extraordinary situation, for an extraordinary person.  Anyone else in this courtroom blessed or cursed the insight the Defendant has, would have made the same choice.   This is the fundamental of our legal system.   As such, her innocence is crystal clear.  This court finds the Defendant not guilty.”

The people in the gallery erupted into cheers.   Russ slumped in his chair, wearing a look of disgust, but couldn’t deny the relief in his heart.  Kari wore an irritating smirk, but she sure as hell earned it.

The Bailiff approached her and unlocked her hand cuffs.   She rubbed her wrists, but didn’t thank him.  Instead she walked over to the evidence table and retrieved her pistol.

“I can have this back, right?” She said dangling the plastic bag.  “I really like this gun.”

Henry grunted, waving her away.  “Take it.”

Kari twirled her pistol into her holster and saluted to the people of the gallery and stepped out of the courtroom.  Russ kept quiet, tapping a finger on the desk.  This was no different than advising for Ray.  In moments of victory he needed to focus on the worst case scenario.  In the bleakest moments he needed to find a spark of hope.

For some reason, it felt like he was doing a little of both.

He stood up and gathered his files.   With the jubilation in the courtroom he may as well have been invisible.  Henry nudged him at the shoulder.  “You alright Russ?”

“Sorry I couldn’t win the case for you.  Didn’t even get to use my trump card.”

“You can make it up to me by buying me lunch,” Russ said.  “Not today though.”

They walked out of the court room turning the opposite direction of the crowd following Mech.  A few steps down the hall, his phone rang.

“Inside joke,” Russ said.  He glanced at the screen and clicked on his phone.  “Hey Kirin, what’s up?”

“Nah, I can talk, just give me a sec.”  Russ covered the phone mouthpiece.  “Henry, catch you later?  I got to take this.”

“Girlfriend, huh?  Do what you gotta do.”

Russ scowled at him, but let him leave.  “Something wrong?”

“Is it OK to talk about the forest?”

“Hold on.” He made his way to the back of the courthouse, stepped into an office and locked the door.   He put the jammer in place.  “We’re good now, is this the about the animals we recovered?”

“Yeah, Samantha and I were able to get the animals back to normal.   How did your case thing go?”

He stifled a laugh.  “Thanks.”

“Anyway, I just wanted to give you some good news.   See you when you get home.”

“Later.” Russ clicked off his phone, but got an email notification.   Phinneas again?

He opened up the message and paged through.  At a glimpse it looked like an analysis of the data that got Mech acquitted, but looking over a few details, things fell out of synch.   He realized the heads up display frames they showed in the video looked so familiar– just like the display in their mask lenses.

The realization hit Russ all at once.  He’s trying to say the data we provided is forged?

This Phinneas guy managed to spot the discrepancies.   Russ typed up a hasty response.   We need to meet.

He got a return email a minute later.  It’s a date.