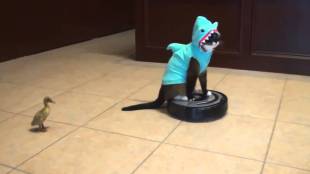 April first is reserved for epic pranks, but I’m sitting it out this year in favor of some spring cleaning.   I’m content to let big companies like Google and Blizzard take care of the internet shenanigans.  (Google map Pac Man is pretty awesome)

However, I’ve set my sights on more serious ventures.   I’ve taken up Camp Nanowrimo, an April edition for the November event.   I’ve decided to take it pretty seriously and focus on revisions for Two Destroyers.   I’ve been working on Kingless Country and it’s a few chapters from the completion of the first draft.   What better time to give 2D a once over and inject some magic from KC into it?

Revisions aren’t my favorite thing to do, but I often get the itch to write as an escape when I do them.   So expect some new B.O.S.S. stories over the coming April.  I’d also love to hear feedback on which of the existing series you’d like to see more of.

Within the week I’ll be updating the neglected B.O.S.S. page on my blog.   I brought big series like Game of Life and Ambrosia up to date, but I’m sure some things fell through the cracks.