First things first, sorry for the small break in content.   This tends to happen when I’m wrapping up a big project.  But I’m back on my normal Wed / Fri Schedule now.

For those new to my blog, or people that haven’t been around for the explanation: I like taking things not related to writing and finding writing wisdom within. 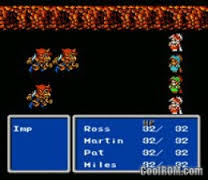 In FF3 you played as 4 generic pallet swaps. This is about as bad as it gets in terms of bad character development. They retroactively changed this, but even in the remake the lack of depth is apparent.

As an example, you don’t need to be a Final Fantasy fan or even play a video games to understand the analogy I make in this post.  Final Fantasy 3 originally didn’t come stateside(Not to be confused with the ‘FF3’ that came to our super nintendo  that is actually Final Fantasy 6), the reasoning is actually a little sad.  Put simply, Japanese game companies thought Americans didn’t like complexity.

The game came out in 1990 and at that time gaming (stateside) was in a stage of simplicity.  To put it in perspective, we got Final Fantasy (the first one) after FF3 came out in japan.  It didn’t sell very well.  At the time Role Playing games were ‘nerd stuff’ and those that played them did so on computers.

Role Playing games took on a different meaning in the states.  ‘Zork’ was around for a decade at this point.  Americans were no strangers to quality storytelling.  Choose your own adventure books popped up around 1979 and are still out there.  Zork and CYA books do good to show the difference between depth and complexity. 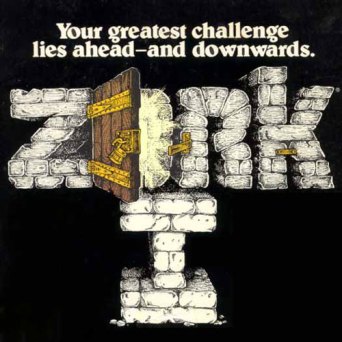 For those of you unfamiliar, you can play it for free online now. I suggest doing so.

Japan didn’t think we liked was complexity, and maybe they were right.  FF3 is a complex game, while Zork is a deep game.  There’s a lot of substance in Zork in the form of storytelling and execution, but when it comes down to it you only need to type a sentence to interact with it.  In that way, it’s not a complex game.  In CYA books you pick one of the options and turn to the page, it’s not a complex method.

Complexity is a double-edged sword.

Complexity — the state or quality of being intricate or complicated.

Depth — complexity and profundity of thought. 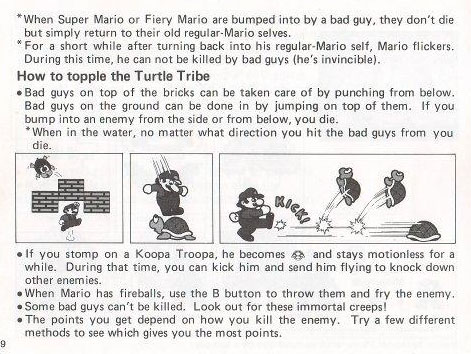 The beauty of Super Mario’s simplicity is that you don’t need the manual. The depth comes out when you play naturally. This is the kind of magic you want to tap into when writing a novel.

The depth is what makes a novel memorable.  There’s little reason to make the novel complicated.  Characters, setting, atmosphere– all of that leaves a strong impression on the reader.  In FF3, it leans heavily on its battle system.  To the uninformed, they just see a sea of numbers and mechanics.  (Needlessly complicated)  This scares off non-gamers from video games.  It’s also what scares many people from sci-fi and fantasy.  Compare this to something like Super Mario Brothers.  You run, you jump, that’s it.  The quality of the game comes from its depth.

Don’t make your reader struggle at the simplest level unless you’re absolutely sure ‘reading’ is what your audience likes best.  Typically, this is where poetry shines.  Poetry makes the reader work with each line, hiding deeper meaning behind each stanza.  In novels. when someone says our work is ‘poetic’ it  can actually be very bad.  It means people are being enamored with the words themselves rather than the meaning behind them.

This is a warning sign your work is complex, but not very deep.   Or worse, your depth is buried under too much complexity.