Hang on to your butts.

Last November, I took a stab at NaNoWriMo (National Novel Writer’s Month).   I ended up with a pleasantly coherent superhero story.  I’ve been lazy about revisions on it and let it sit for a long while.  Turns out I made a good call.

Letting a story sit leaves you feeling disconnected from it and while this  may be problematic for writing a story, it does wonders for improving a finished one.  I started the long process of revising the Twenty-five chapter, 52,000 word novel:  “Macro Corp.  Rise of Chaos.”  As a test run I put seven chapters up on Authonomy.com.

I have also been hard at work on dusting off Two Destroyers and the follow up novel:   Kingless Country.   I’m about twenty chapters in.

I’m excited about working through Kingless Country because it has two new POV characters.   The first being a mysterious bard I’m having a lot of fun writing.   The second, Kristoph Rupandil, has been on my radar for some time (Look at the character section of the Two Destroyers for details).   I’m also having fun tying up loose ends from Two-D while retaining a stand-alone feeling.   I want potential readers to be able to read either book in any order they choose. 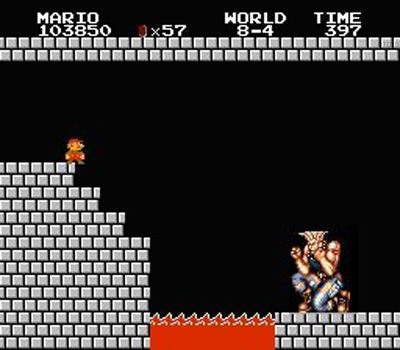 If I have to explain. You don’t play Street Fighter.

The revisions from Macro Corp are going well and I remain optimistic in my approach with it.  I’m due for some quality time with Ambrosia, last week’s B.O.S.S. chapter got me thinking about where I want to go with it. While Ambrosia and Rage of the Cursed come from the same intellectual property, Ambrosia has deviated where RoC will be very true to it.

For those interested you can check out some of Alice’s recent works here.

Looking forward I wanted to reopen the possibility of ‘B.O.S.S. Challenges.”   Starting in Summer I would like to approach subject matter my followers would like to see in a Short Story / Web Serial format.  I’m closing in on my One hundredth B.O.S.S. entry and I’d like to do something special for it.