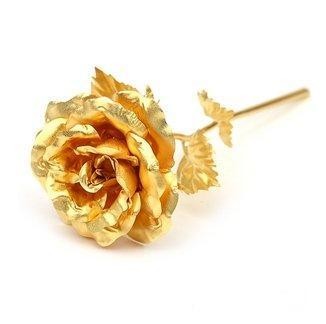 A staged war is equally terrible.

Tillesia slept light and stirred at movement ah her tent door.  She sat up, recognizing the snow white robe of the royal handmaiden.  She let out a sigh of relief, Vivi was the last person she wanted to see.

“Leave my linens for later.  I want to rest a bit longer.”

The handmaiden bowed and moved into the tent, shuffling about to gather her chamber pot.  Tillesia turned away and tried to go back to sleep— a futile effort.  The tiniest shift in the air sent chills up her spine.  She curled up, pulling the blankets close against her chest.

The handmaiden lingered  suspiciously long, the usual clatter of the chamber pot sounded odd.  A dragging sound of metal caught her ear.  Tillesia strained to listen closer,  gauging the weight of each of the handmaiden’s   footsteps.

Why is she so close?

Tillesia turned, catching a glimpse of steel.  She caught the handmaiden at the wrist mid stab.  The knife sliced through the thin fabric curtain and tangled her other arm.  With a shove, Tillesia toppled her attacker, but kept hold on her arm.  Her falling weight pulled Tillesia from the bed and onto the floor, snatching the curtain from its rails.

It took all her focus to keep the dagger still, while trying to free herself of the tangle of fabric.  The handmaiden bit Tillesia on the arm, drawing out a grunt of pain, but she held fast.  She tossed away the curtain and slammed a balled fist against the handmaiden’s stomach.    A shocked gasp erupted from her and her grip on the knife faltered.

It tumbled end over end and tore through her robes, puncturing her skin underneath.   She howled in pain, alongside an acidic hiss.  Tillesia snatched the knife from the wound and tossed it aside.  She stood and snatched her sword from its resting place.

The handmaiden made no move to resist, instead spasming against a slow spread of burning flesh.  Tillesia had never seen anything like it before.   Guard shouted outside the tent, running to aid her.

She raised a hand, calling upon the light of Lye.  A pale flow radiated from her hand.  It would not do to let the assassin die with her secrets.  She put her hand over the wound and the acidic poison burned her palm.

“Father above, spare this pawn.  She does not know that which she has wrought.  Give unto me her burden, so I may share it.”

A jolt of pain shot through Tillesia’s shoulder, blood staining her night garments.  The shallow knife wound gushed and pulsated under her palm and closed.

The poision took effect eating away at her from the inside.  Her skin curled around the wound, blackening like under a white-hot flame.

The handmaiden watched wide eyed, too weak from the poison to fight back.  Tillesia moved her hand away to expose new and unscratched flesh.  “W-why?  I tried to kill you.”

“A knife wound is nothing,” Tillesia said, setting her jaw stubbornly.  “I will not cry over another scar.  Poison is powerless with two people enduring it together.  Who sent you?”

The handmaiden shook her head.  “I’ll never tell you, witch.”

Tillesia narrowed her eyes.  “You’ve told me enough with a single word.  Guard!  Seize the assassin.”

Three men filed into the tent with weapons at the ready.  Tillesia stood, clutching the wound at her shoulder.

“Your Grace?  You’re wounded?” One of the knights said.

“I’ll be fine.  You worry about getting the—” The world around her spun.  Her vision blurred.

She regained her bearing in the arms of the guard captain.  The handmaiden assassin sat against the curtain, brow dotted with sweat.

“How long… how long was I out?” Tillesia said.

“A few minutes.  Sorry, we were afraid to move you too far.”  He let her stand on her own power.

“Smart.   I should be alright, the worst is over.”

“That assassin attacked me because she feels she is in the right,” Tillesia said, rubbing her shoulder.  In the time she spent unconscious, they had bandaged it at least.  The poison did a number on her; even keeping her eyes open was a challenge.  “No torture.   I will prepare the ritual of truth.   If she finds the secret worth perishing over, I will give her that right.”

Tillesia moved to her bed, rubbing the wound.   The burning stopped spreading, but it would be a day at least before she could even hold a sword.

Who would want me dead?  Surely not Yulos.  She would know it would take more than poison.