70th Short story and going strong.  Just a heads up, I’ll be running an October special.  At least one of the weeks will have two short stories and all four will feature the continuation of the Game of Life.   I bet you thought Jeff and Harriet were goners right?   Who knows they may be Zombies now.

Here’s an action packed episode of the adventures of Mardi Mayas, a bounty hunter with a peculiar skill set and a thing for elves.   You can catch up with the earlier installments if you missed em’. 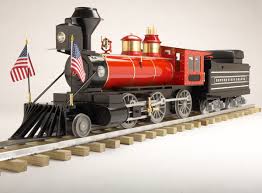 I hate trains.   I’m just putting that out there.   Everyone goes on and on about how romantic they are, the passing scenery, and the atmosphere.   I just don’t see it.

“How are we getting off the train?” Teeyi said, clutching her arms.  The wind grows cool, northern air brought down from the mountains.

“Change of plans.   We’re taking over the train, and keep going to Baron Black’s hide out.” I say, running a thumb across my chin.

“That has to be the dumbest idea I have ever heard you come up with.”  She pauses to consider.  “Well, I guess making an explosion worse to escape it is pretty high on the list.”

“Look.  You want to run forever?”  I narrow my eyes at her.  “Baron Black has us marked.   We need to get rid of him before he gets rid of us.   Besides you and I have a contract, remember?  Once this is done I get paid and you can go about your elfy business, running about the forest frolicking or whatever.”

“I don’t frolic.” Teeyi says.   “Especially after I know you’re going to fantasize about me doing it.   In fact, I’m joining a holy order after this and swearing celibacy.”

I rub my chin, eyeing her.   “You’d probably look pretty great in those robes.”

She threw up her arms in disgust.

“I’m just kidding.   Do what you want. “I turn to push deeper into the train.  “After this, I’ll have enough cash to not have to bounty hunt for a long while.   After your cut you won’t even owe me anything.”

“My cut…?” Teeyi hurried next to me, surprised.

“You’re helping aren’t you?” I shrug.  “The contract stated I save you.   But to pull this off I’m gonna need you to pull your weight.  I can do the heavy lifting of course, but with you around, I have ammo.   You follow me?”

“You mean breathing fire.” She looks away annoyed.  “You know I hate doing that.   It’s gross and rude.”

“So is kidnapping and blackmail, girly.” I jab a thumb in the center of my chest.    “We’re just returning the favor. “

The rest of the train is long, all passenger cars.  Not a soul inside em’ though.   I start to feel uneasy; my stomach feels like I ate a bucket of clams wrapped in fire-peppers.  I slow to a stop.   “Teeyi.   Don’t you think it’s weird that no one has tried to stop us?”

“No.   That can’t be it.” I push forward, slow at first then break into a sprint.   The cars cramp around me, they’re not made to accommodate running.   Worse, the windows are all sealed.   Magic runes placed under the windows, ones I can’t touch.   They don’t generate energy; only maintain the lock with a dull resistance.

I close in on the last car; a locked door divides me and the engine room.   Vertigo hits me as the train goes to a downward slope.   The train speeds up.  I slam my fist into the door.   No response.   I peek out the window, smoke rolls from the car ahead of them.  Along with the roar of a steam magic engine I can confirm we’re close.

“The bridge is out.” She pales.  “The train is going to fall into the lake below.

“Are you crazy?” She says flushing a hand on her chest.  “This close to the engine?  You’ll kill us all.”

“Actually.  Yes.   It’s based on technology humans stole from us.” Teeyi narrows her eyes.

“Just get out the way.   I have this.” Teeyi pushes me aside, pulling out a long pin from her hair.   She jabs it into the lock, turns and twists.   The door opens with a gentle pop.

“Crappy locks.   Yeah.” Teeyi slides her hair pin back in place.  “Anything made by humans has been done better by elves.   Just saying.”

We enter the engine car and are instantly besieged by leaping tendrils of lightning.   Deep sword gashes line the panels and important looking panels lay smashed in by maces.  Teeyi looks around helpless, shaking her head.

I roll a sleeve up and take a deep breath.   I’ve stopped magic countless times but an entire engine is a push.

“Wait, Stop.” Teeyi pulls on my arm.  “You can’t do that.   Even twice as powerful a magic engine could destroy a city.

“Is it stupidly reckless with no chance of survival?” Teeyi halves her eyes at me.

“No.  It’s stupid, reckless with a low chance of survival.” I say, shrugging.  “But we’re desperate.”

“Are you serious?   You have plenty of destructive power.  Right here.” Teeyi shook her hand for emphasis.

Teeyi takes a deep breath and lolls a small ball of magma on her tongue.   Exactly enough to do what I need.   I let out a roar, more for effect, and the engine’s magic comes to a halt.   One tiny section continues to buzz and flicker.

“You missed a spot.” Teeyi says, offering the bead to me.

“Intentionally,” I say, “I’m gonna need something to get rid of the damn thing.”

“Wait… get rid of?” Teeyi pales as I freeze the magic of her bead of flame.  Wasting no time I reach up to the engine car’s roof and slip it into a rafter.

“Wait.   WHAT?” She jerks away as I coax her through the door.  After a silent three count and ensuring we’re safely behind a chair, I release my hold on the bead of flame and explosion wracks the train.

Once the debris settles, I hurry back into the engine car.   Swirling flame from the explosion twists into the frozen engine mechanics.  Above a hole is torn through the ceiling, just as planned.  I hurry to the brake lever and pull it, sending a deafening squeal through the train.

“What are you trying to do?” Teeyi gaped at the passing clouds above.

“What again?” Teeyi winces, but has sense not to argue.   I flex my fingers in anxious anticipation; the pressure of the suppressed magic begins to wear on me.  She produces a second bead and I freeze and snatch it in the same motion.  Heat boils the skin of my hand, but I have no time to cry about it.   I wrench my hand back, tossing had as I can.  The bead splatters against the wall, sticking like glue.

This is where it all goes down.

“Mind telling me the point of that one?”

“To Blow off the other train cars,” I say.

“You’re insane.  You realize there are mechanisms to detach them.” Teeyi says with a growl.

We go back into the engine room, close the charred door tight and I start to count.   The train slows, but running wouldn’t save us.  My magic suppression has a range and takes a tone of focus.  “Teeyi.   The train is moving slow enough to jump, now’s your last chance.”

She gapes at me, shaking her head. “I’m not abandoning you.  You might be a jerk, but you’re all I got.”

“Good,” I say.   Doubt creeps into my thoughts as I eye that small little corner of coursing electricity.   The Engine has enough power to level a city now, but I need to make sure my plan has enough control to do more than just explode.   “I need fire, two little ones and a big one.”

Teeyi whimpers as I freeze the last spot in the engine.   The squeal of the brakes grows louder as the slope steepens to the broken bridge.    I freeze the first marble seconds after she makes it, my hand still throbbing from the burn, and I set it at the base of the door.  It hisses as I flatten it along the floor.  The second and third, I roll between my fingers, waiting.   The large marble of flame is big, just as I asked, at least an inch and a half across.

“Ok.   All set now all we need to do—” Weightlessness halts my words, we begin to fall.  Teeyi lets out a scream, and I release the suppression on the marble pressed against the connecting car.

The explosion rocks the car, twisting it in mid-air.   Vertigo takes me, hard.   I’m able to stop parts of the explosion, but the engine threatens to free itself from my grip.   That would be death.   Careful release of the blasts lets us see the other train cars trickling over the edge.   The explosions I release ‘steer us’ so we can see the water below.

Teeyi holds onto the celling, or is it the wall, of the train for dear life.   She trusts me, more than I trust myself.  I wrestle down to the passenger car, dragging along scorched seats and place the largest marble on the floor.   The room starts to spin, the train spirals to impact.   I wince, reaching my limit, and place the last marble.

“Out.  Get to the hole in the engine room!”  I struggle to get back to the engine car but the world grows hazy.   Holding so much power for too damn long leaves me feeling like a field mouse in a hawk nest.

Before I realize I’ve stopped, Teeyi is in front of me, pulling on my arm.   She urges me forward wincing at the fast moving air.  All I can do is smirk at the nice view of her butt.

I slam the door and release the explosion of the largest bead.   I push against the door hard, as the explosion wrenches against their momentum.   Teeyi smashes against my body, but feels unharmed.   The pressure evens out and I feel the gentle bob of impact with the water.

“Out,” I say pulling myself to stand on the door.   We shuffle onto the equipment as the engine threatens to tip.   We spill out and I release the second bead.  The engine rockets skyward, flame erupting from the torn passenger car acting as a new engine to send it away as we splash into the lake below.

I surface and stare up, counting quietly in my head.   The Train turned rocket wavers and I release the third bead.   It shakes, and pushes onward and upwards, past the bridge and into the sky.   I released the small section next, and the passenger car tore from the engine, tumbling away.

It had been enough.   The engine was but a speck above them, I hoped for the best— and release my hold on its power.

Too bad I miss the explosion though.   Cause I black clean out.   I sure hope to hell Teeyi knows how to swim.